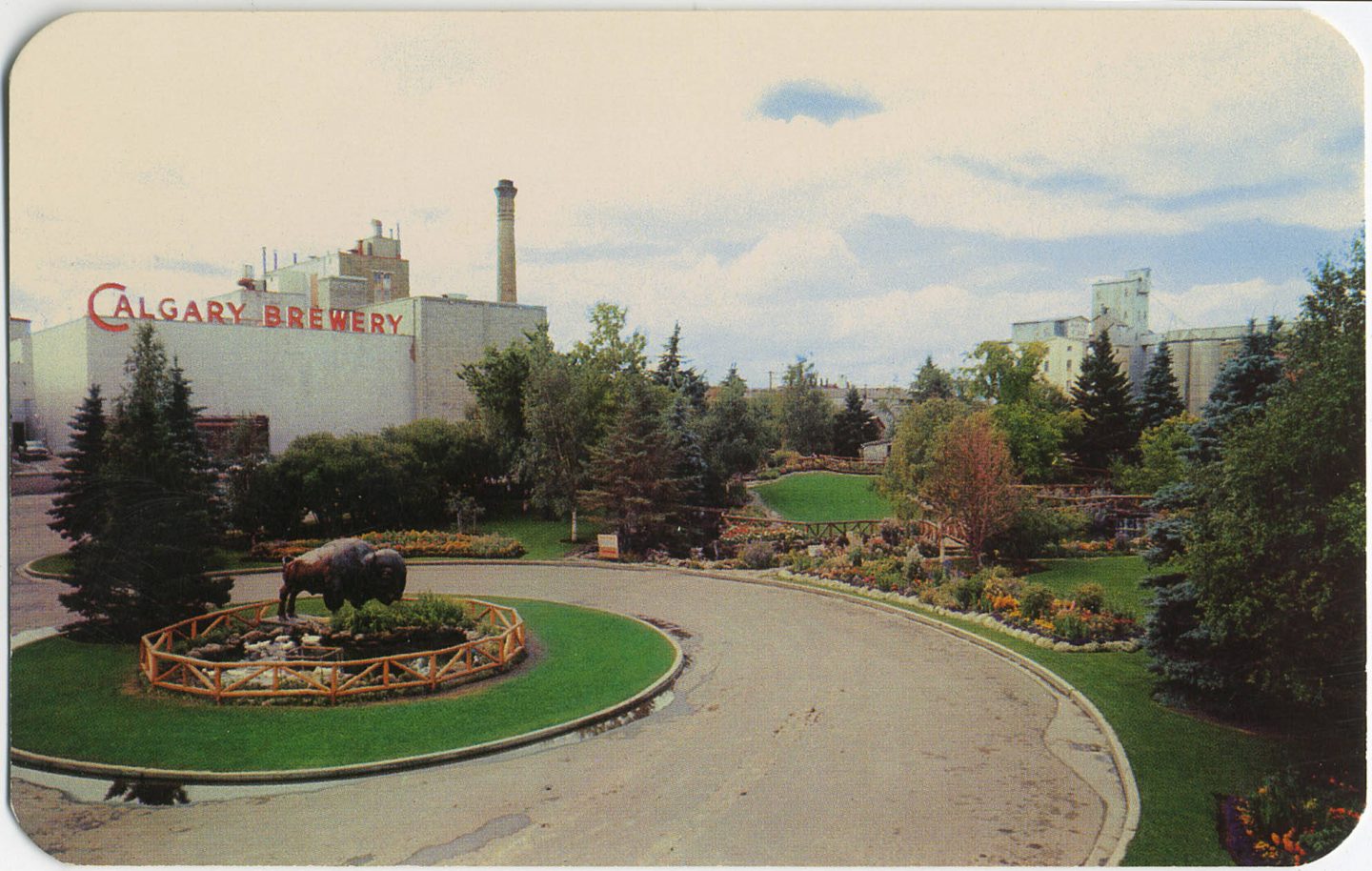 Brewery Gardens (CPL Postcards from the Past)

Ever been to a biergarten? Imagine swigging beer to German music under a summer sky. Did you know that Calgary once had a very different kind of beer garden? 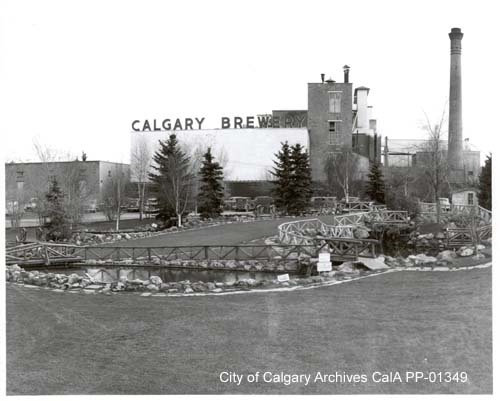 In the early 1930’s the son of the founder of the Calgary Brewing and Malting Company created the beautiful, public Brewery Gardens on its Inglewood grounds. Fronting 9th Ave SE, this depression-era make-work project became a tourist attraction, a venue for charity garden parties, and a winter wonderland.

Groves of trees and acres of lawn “as smooth as a bowling green”, stretched from the brewery to a hedge of caragana along the street boundary. Perennials, sweet peas, a border of fragrant pinks, vivid petunias and lobelia – comprised a lovely “riot of colour. Wastewater from the brewery’s condenser filled a limpid pool and crystal-clear water from a well fed a tiny creek, so-named “Buffalo”, that descended over five waterfalls through a rockery of limestone and volcanic rock.

Before its transformation to “East-Calgary’s beauty-spot”, Mr. Gates, the garden designer, was faced with “heaps of discarded bottles …. prairie grass growing in rank profusion in waste spaces that surrounded the rubbish…and patches of cinders..…” 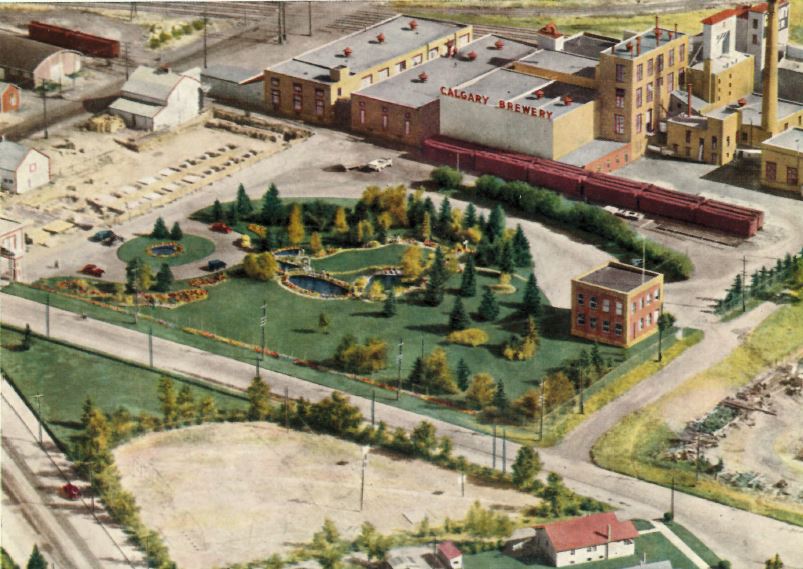 “Brewery Flats” as it was known, evolved as a self-contained industrial park and remains a distinctive landmark. Founded by industrialist A. E. Cross – one of the Stampede’s “Big Four”, the company introduced barley growing to the province, and was the first commercial user of natural gas in the west. The brewery buildings date from 1892 and include the largest number of sandstone buildings still in existence, outside of Stephen Avenue. Their most popular brew was “Calgary Export Lager”. 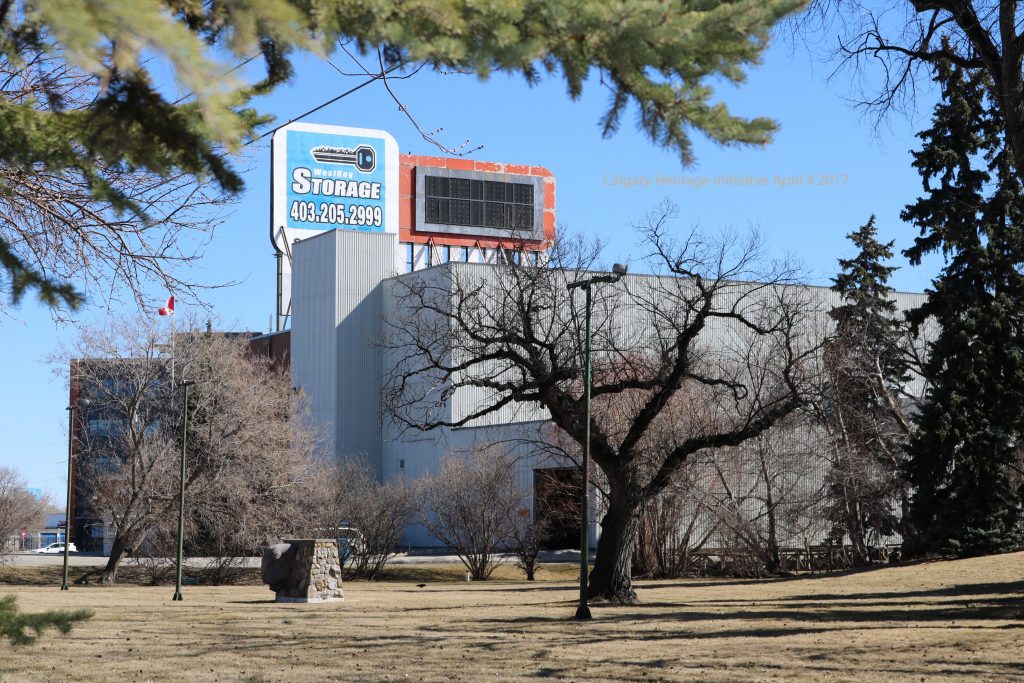 The brewery changed hands many times, eventually being taken over by Molson, who ceased production in 1994. Plans for redeveloping the site are now underway, led by MATCO Development, the majority landowner. Wouldn’t it be grand to see a nod to the now-lost Brewery Gardens incorporated into a public amenity on the site?
-Karen Paul is a Director of the Calgary Heritage Initiative Society.