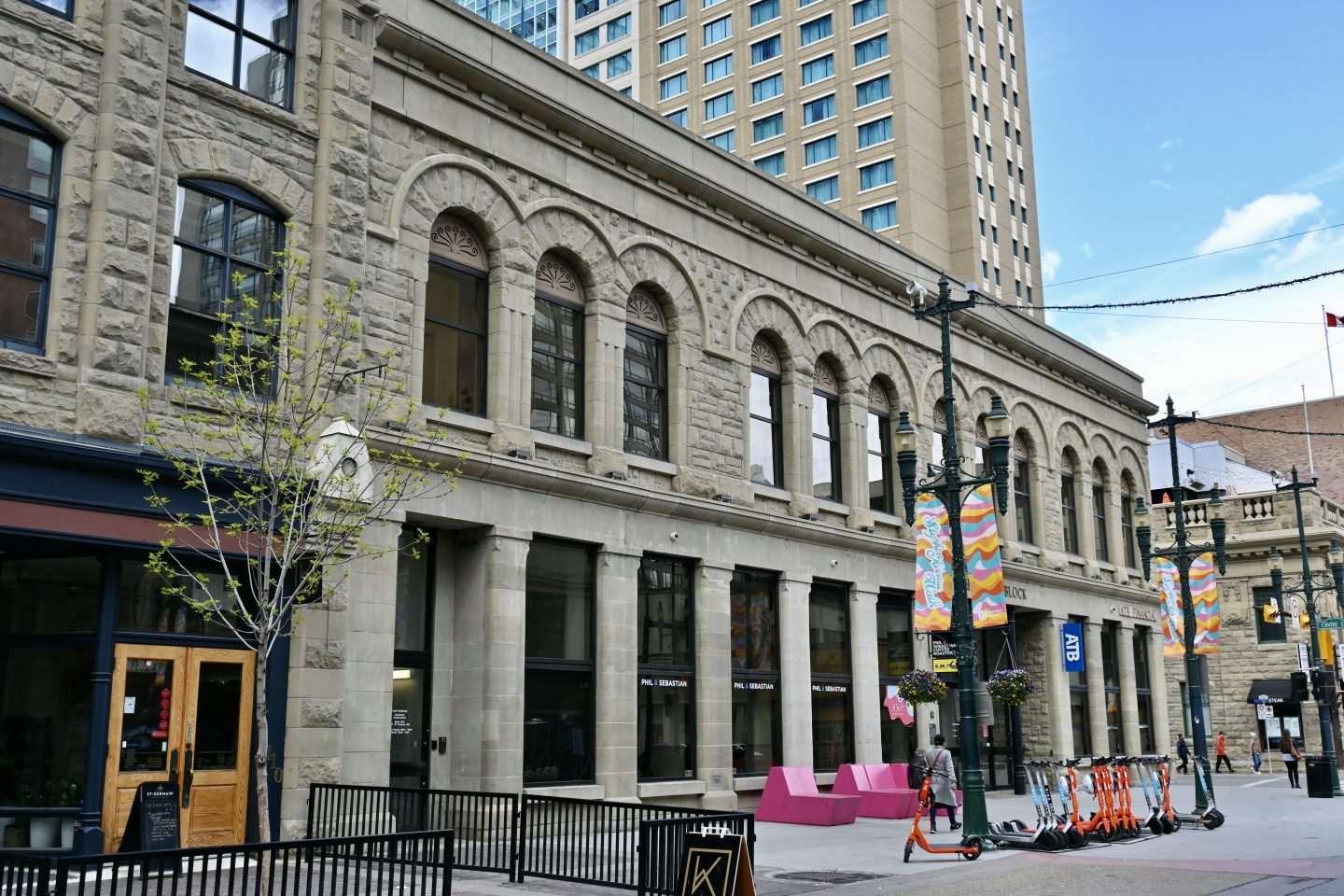 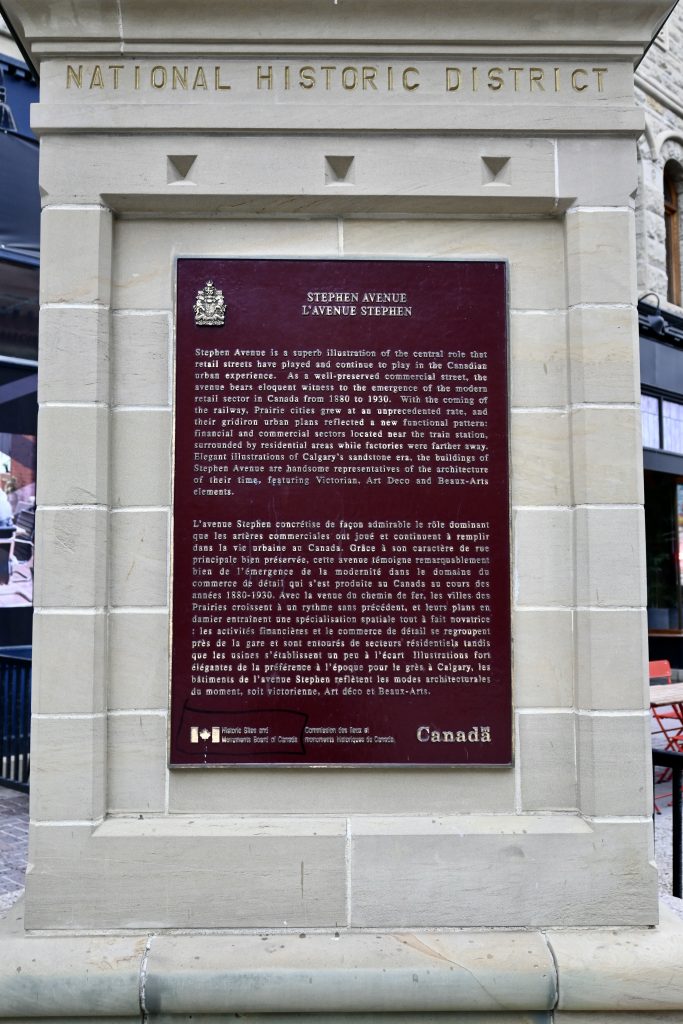 On July 18, 2002, a ceremony marked the declaration of Calgary’s Stephen Avenue District as a National Historic Site (NHS) of Canada. This followed a decade-long public and private sector funded program to rehabilitate 34 of the area’s heritage buildings for economic reuse. Grants up to $200,000 for facade restoration were matched by the private sector’s rehabilitation of the buildings’ interiors (Source: Stephen Avenue Mall 1956 – 2010 – The City of Calgary ). The transformation was considered a great success , as touted in a 2002 Globe and Mail  article. The Calgary Heritage Initiative Society (CHI) would like Calgarians to join us in celebrating this milestone, but is also concerned that the NHS status could be in jeopardy if an application is approved to redevelop the north side of the 100 block of 8th Ave SW and the south side of the corresponding block on 7th Ave SW. If this development goes ahead, 15 buildings with historical status, and notably one with Provincial heritage status (Molson’s Bank), would be demolished to varying degrees and reduced to facades.  The development application includes a plan to gut the Clarence Block and create an opening to an internal gathering space which would divert public activity from Stephen Ave proper. 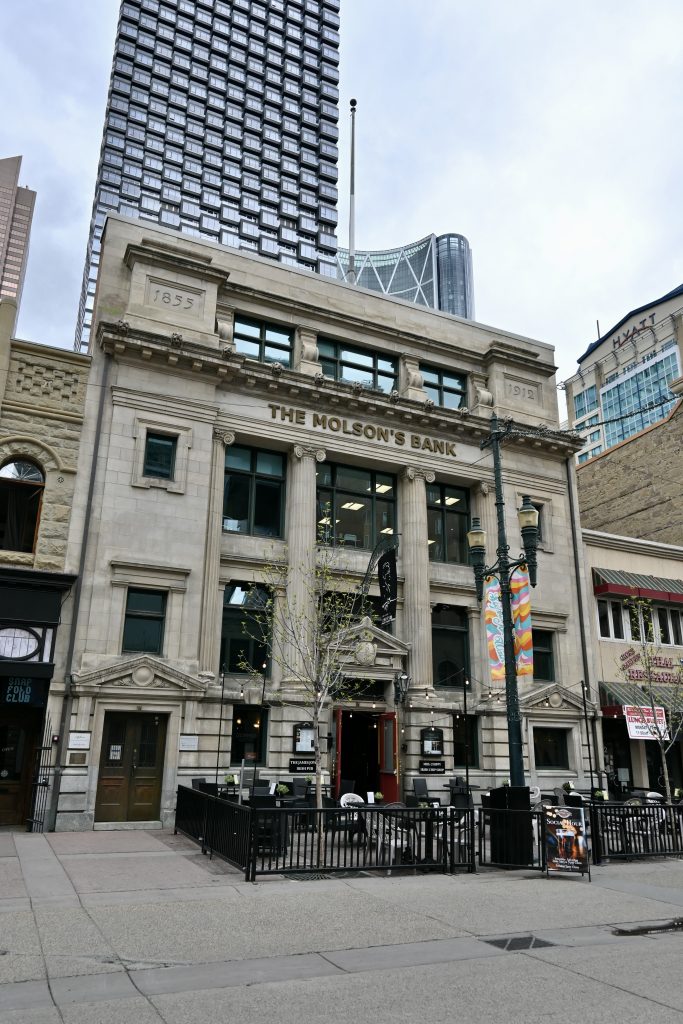 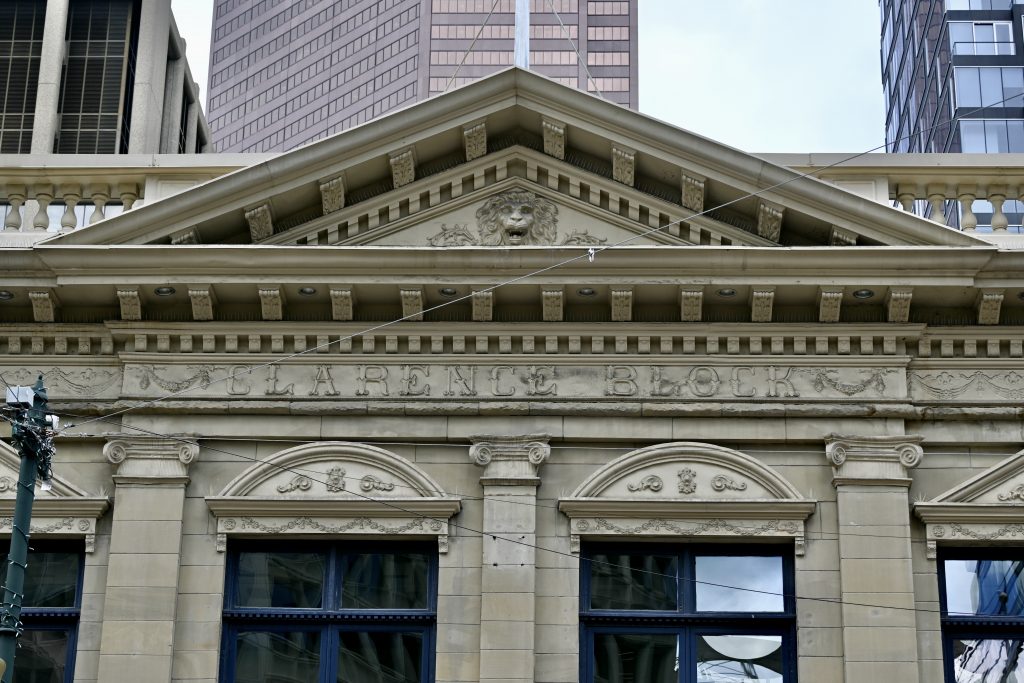 Recent public engagement by the City on the Future of Stephen Avenue confirmed that the pedestrian mall’s heritage is a key element valued by Calgarians. 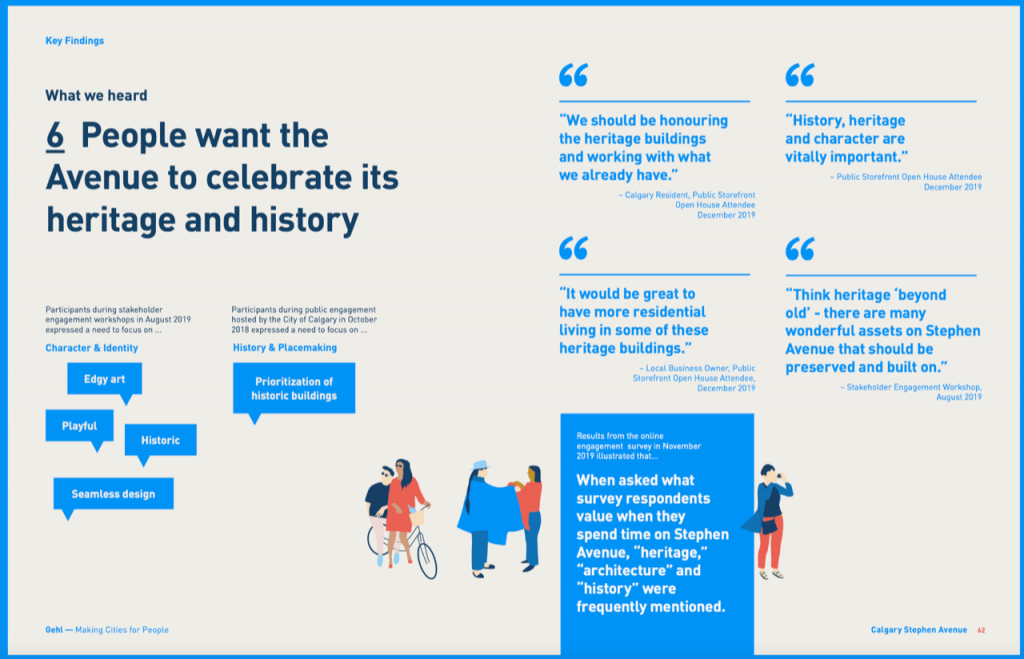 A few months ago, the City released an extensive Phase 1 study of the value of Calgary’s commercial heritage areas including Stephen Avenue, with a view toward protecting these districts with new policy tools and incentives.

BACKGROUND: Stephen Avenue, Calgary’s heart and our historic main street, stretches from old City Hall (1911) along 8th Avenue SW and past the Barron Building (1951).  The NHS District is comprised of the north and south sides of the 2 blocks between Centre St and 2nd St SW.  Approximately one quarter of the buildings would be impacted by the development application.  Dubbed, our “sandstone city” the buildings have continuously served their original function as mixed use commercial. Typical of prairie towns, Calgary’s commercial streets developed close to rivers and railways, with the downtown flanked by Bow River to the north and the CPR to the south. The avenue was named after George Stephen, the president of the CPR. When an 1886 fire wiped out the early wooden structures, the City passed a law that all public buildings be made of brick or locally quarried sandstone. In 1913, the current Hudson’s Bay store opened, confirming Stephen Avenue as the city’s shopping mecca. It replaced the 1891 sandstone store to the east at 102 8th Ave SW, one of the buildings proposed to be reduced to a mere façade. The Stephen Avenue pedestrian mall was completed in 1972. For 50 years, the vibrancy of the 100 block has acted as a gateway City Hall and the Olympic Plaza and illustrates a continuous history of public support and appreciation for Calgary’s original main street…certainly something to celebrate! 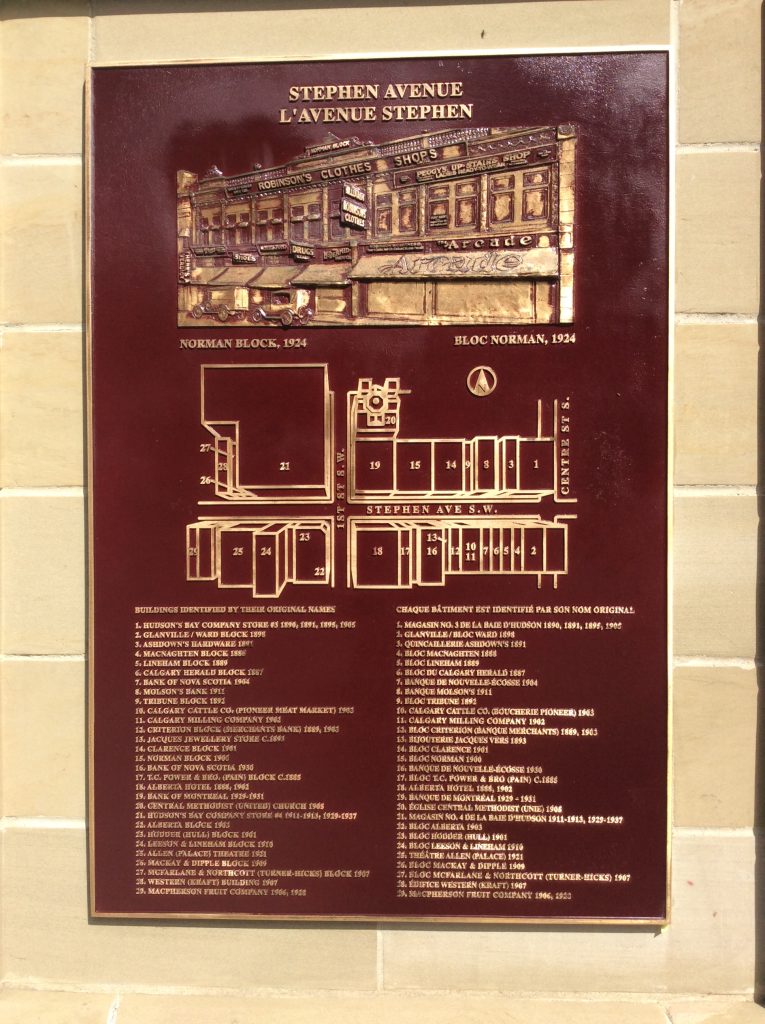