The Victoria Day holiday in May is a time to reflect on our colonial heritage. Queen Victoria (1819-1901) reigned for 63 years, surpassed only by Queen Elizabeth 11, who celebrates her Platinum Jubilee this year. Queen Victoria’s influence reached around the globe. Some significant historic sites in Calgary carry the name “Victoria” in her honour.

The Victoria Park district dates from the 1880’s when land adjacent to the Elbow River, utilized by the North-West Mounted Police as grazing pasture, was developed for agricultural grounds, now part of the Stampede. The district falls between 11 Ave SE and 17th Ave SW, Centre Street S to the west and the Elbow River to the east. Sparked by the early success of the Canadian Pacific Railway and associated commercial activity, the area grew until the Post-World War I economy and successive economic busts restricted urban development. Recent planning initiatives to increase residential density in the urban core have encouraged a return to Victoria Park as it becomes a modern high-rise community integrated with its historic past.

The stylistic elements of two historic Victoria Park schools mirror the growth and recession patterns of the neighbourhood itself. The Victoria Sandstone School was built in 1903 in the Queen Anne Revival style. Various additions were added until 1912, the latest of which is the only portion of the school building still standing today. During the Spanish flu epidemic, the sandstone school was closed and served as an emergency hospital. In 1919 the Victoria Bungalow School was constructed on the same lot as an original stone school. The more modest structure features beveled wood siding instead of stone due to the post-war economic decline. Both schools were restored and designated as municipal heritage resources as part of a land use re-zoning negotiation between a condominium development and the City of Calgary. 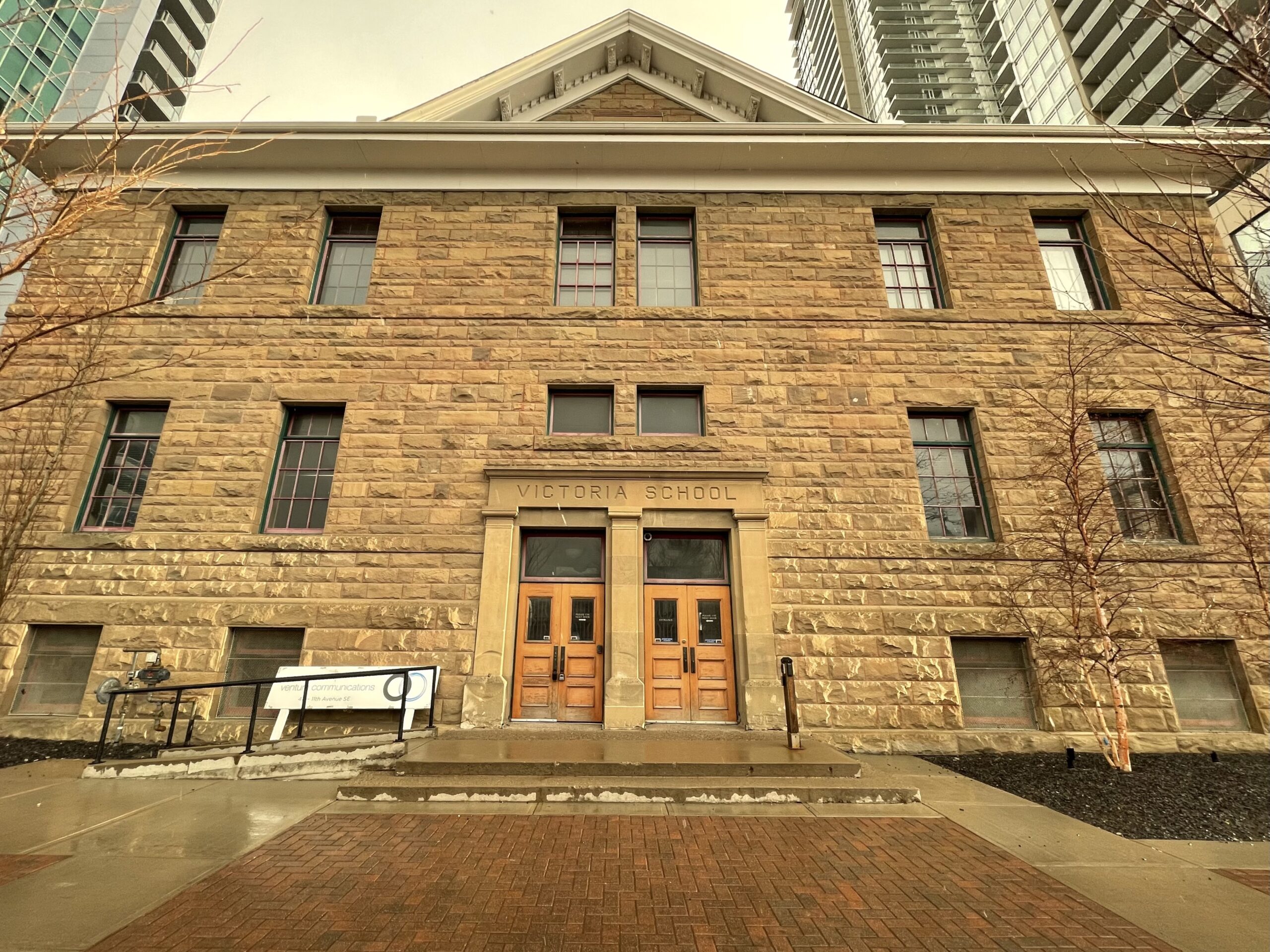 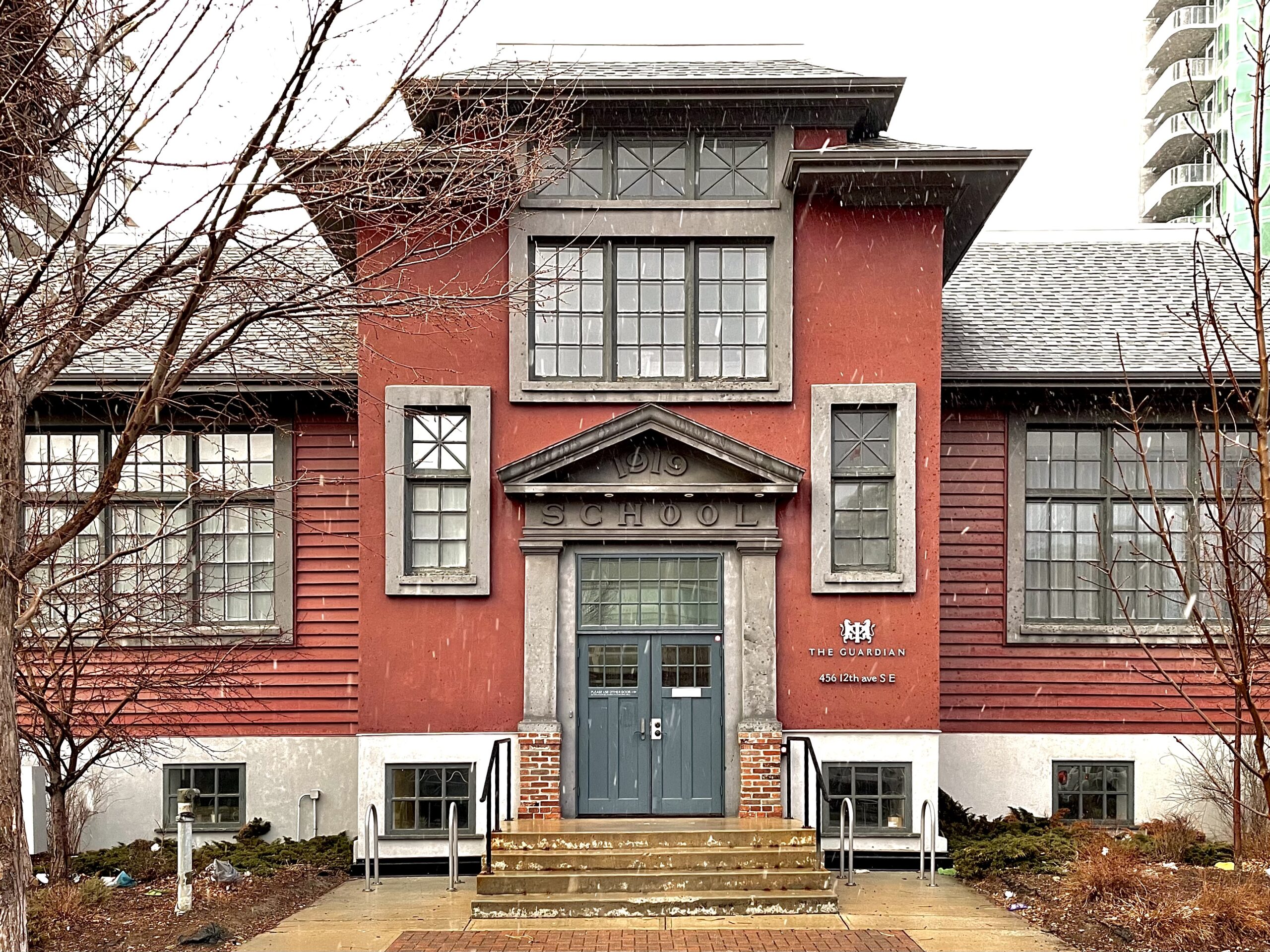 The Alberta Hotel (8th Ave and 1st St SW), like the province, was named for Queen Victoria and Prince Albert’s fourth daughter, Princess Louise Caroline Alberta. The Princess was the wife of the Marquess of Lorne, Governor General of Canada when the District of Alberta was created in 1882 as part of the Northwest Territories. Constructed of sandstone in 1888 in the Italianate style, the hotel is one of a handful of surviving buildings from the period of Victoria’s reign. It claimed to offer the best lodging in the city, had an excellent dining room, a favored barbershop, a billiards room, a reading room, and a renowned beverage room, famous for its 125′-long bar – supposedly the longest between Winnipeg and Vancouver. The hotel ceased operating in 1916 and the building was converted for other uses. 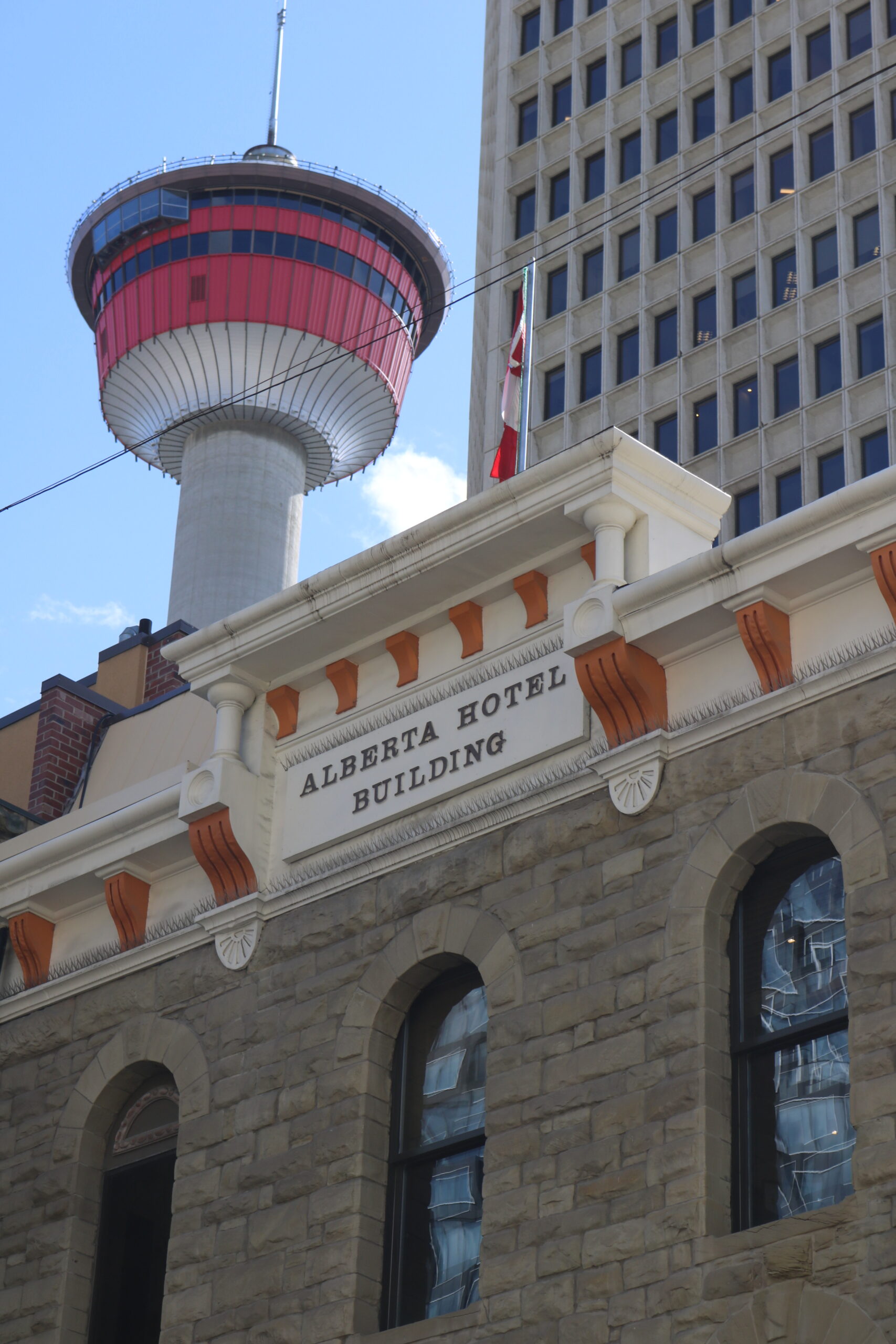