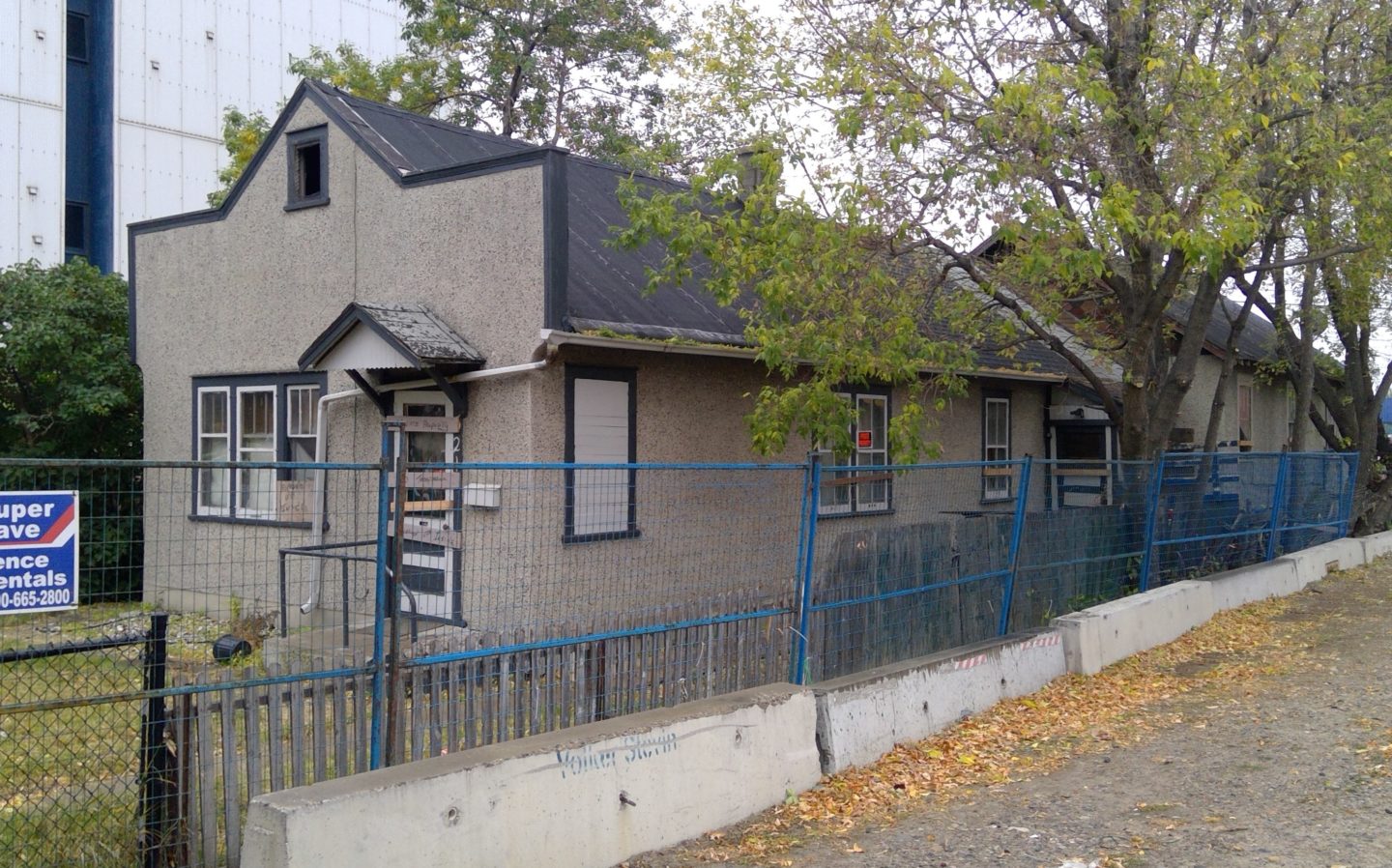 The Last House in the East Village

The Last House in the East Village 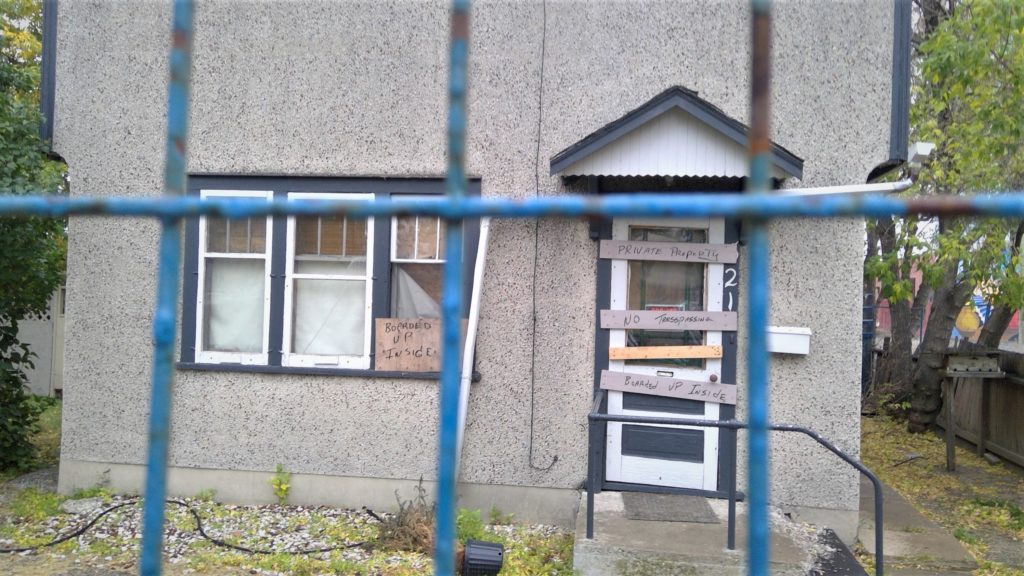 The Sanders Residence, with its western style façade, was built on a long, narrow lot around 1901. It is the last house standing in the East Village. The original “village”, close to the CPR and warehouse district, was mostly residential with a few commercial structures. The home typifies the residences of blue-collar workers whose first known occupant was a tenant named Peter D Sanders, a stock inspector. The neighbourhood also housed doctors, lawyers, and other white-collar Calgarians. (Source: Inventory of Evaluated Historic Resources, Calgary.ca)

It’s hard to save stand-alone homes in the face of inner-City, high density development and transportation infrastructure growth, but it can be done with will and in the context of incorporating them into public green space. This was roughly the plan for the Enoch Sales house – one of the last homes in Victoria Park that suffered demolition by neglect and burned down in January. 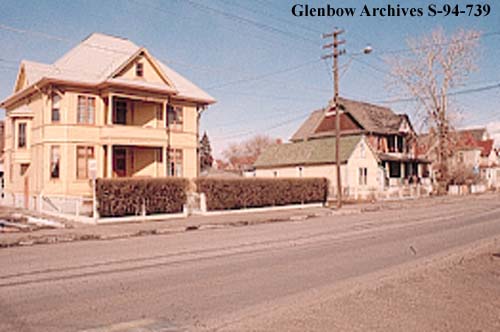 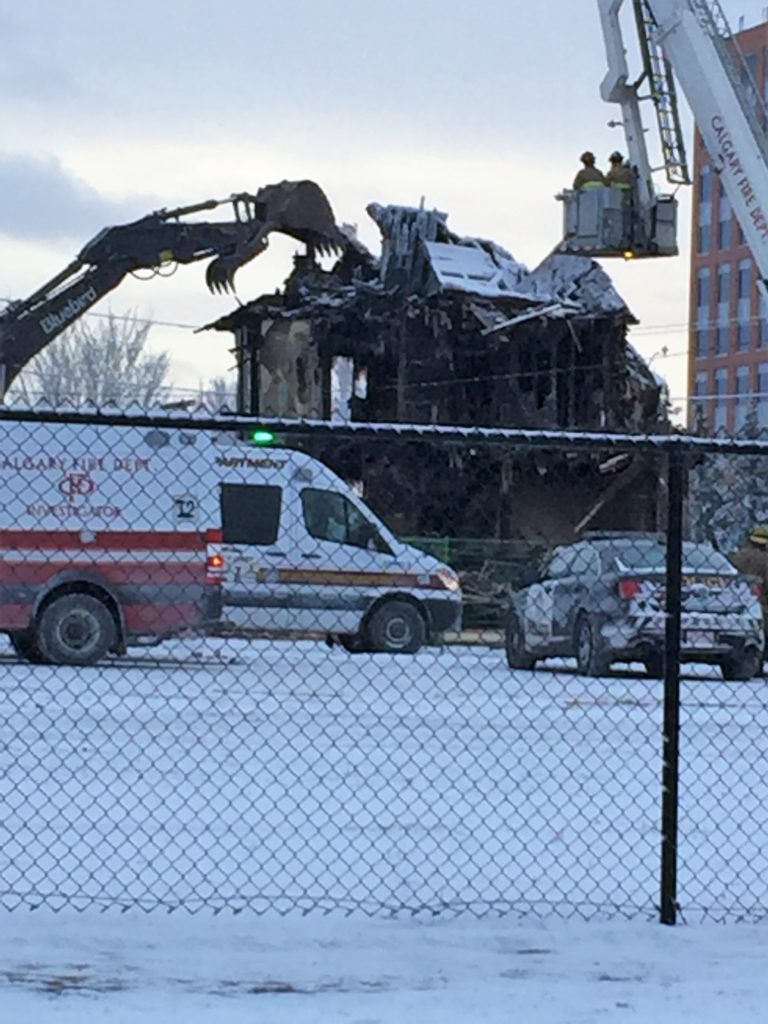 A great example of incorporating a modest residential home into a big development is the Lang House at 228 26 Ave SW across from the Elbow River in Mission. This 1910 red brick Edwardian Cottage Style residence was the last remaining home on that avenue. The original verandaed residence was incorporated into the grounds of the Grandview tower some 20 years ago as a common area for residents. The home was first occupied by George Macdonald Lang, an architect of many notable buildings in Calgary and founding member, later president, of the Alberta Association of Architects. 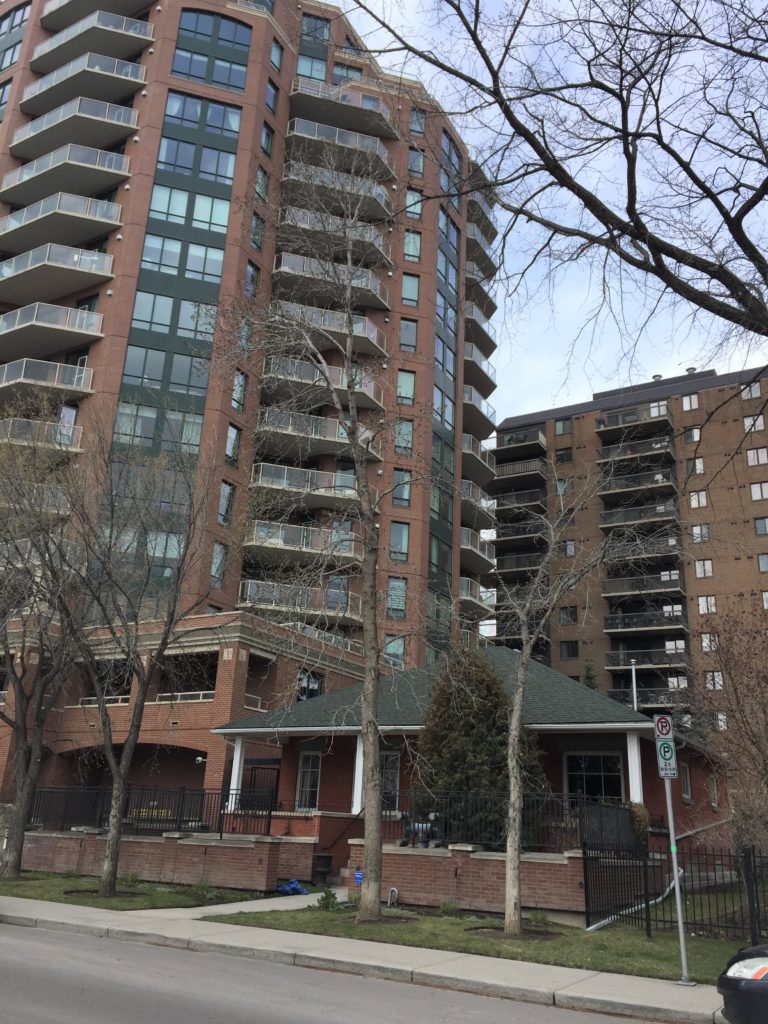 The last East Village house is not associated with a prominent Calgarian – but it still has significance as representative of a home for the typical working-class folks of the time. It is geographically connected to Fort Calgary of the earlier settlement era, so it speaks to the original East Village build-out emanating from the fort as the settlement grew. Once this “last house” is demolished, the reminder that this was once a very early, modest-scale, mixed-use community will quickly long be forgotten.

Specific redevelopment plans for this site do not appear to be public at this time. However, according to The City’s website, the Land Use is CC-EPR – Centre City East Village Primary Residential is “mainly intensive residential development with some support for commercial uses in the East Village area”. Minimum height is 9 meters (no maximum) and a minimum of 30.0 per cent of the area of the parcel must be a landscaped area”

Although that ship has sailed, what could have been done with the home, especially the smaller front section? Obvious commercial uses like a bistro, gallery, store-front offices, or boutique could have been considered. Or perhaps an adjunct to the Glenbow, the Calgary tourism office, or the Calgary Public Library as a booking office and meeting place for area walking tours – like those wonderful volunteer-led tours offered by the San Francisco Public Library. How about a restored home for tours like the fascinating tenement museums in Sydney, AU and New York? Or maybe a centre to showcase Calgary’s heritage trades for restoration of modest homes – perhaps a project through SAIT.

Heritage density transfer is an existing tool that the City is applying in some communities to allow for a bigger building to be constructed adjacent to a heritage building if the original building is preserved. Was this approach considered for the Sanders Residence and rejected?

There are just over 300 residences that have been evaluated for their historic significance in Calgary, a number of these have already been demolished and only about 10% (35) are protected through municipal designation – including such monumental homes as the lovely sandstone Lougheed House. (Source: September 26, 2019, Inventory of Evaluated Historic Resources, Calgary.ca). About 1% of Calgary’s housing stock is a century or more old – compared to a City like Winnipeg at about 9%. This means that we have few original residences to preserve and are losing them at an alarming rate.

A 16th Ave NE building with a façade like the Sanders Residence came down a few days ago – since the 1980’s it was the establishment of WA Gough, violin maker. This was not listed on the Calgary Heritage Authority’s Inventory of Evaluated Historic Resources. Evaluation and listing on the inventory is the first step to designation and preservation. The inventory is still a work in progress and is not yet close to being completed.

Our organization, the volunteer-based Calgary Heritage Initiative continues to advocate for stronger policy that would allow for designation of properties by some authority other than the owner. Where pockets of heritage buildings still exist that define the character of a community, CHI would like to see a heritage districting policy put in place, like in other cities.