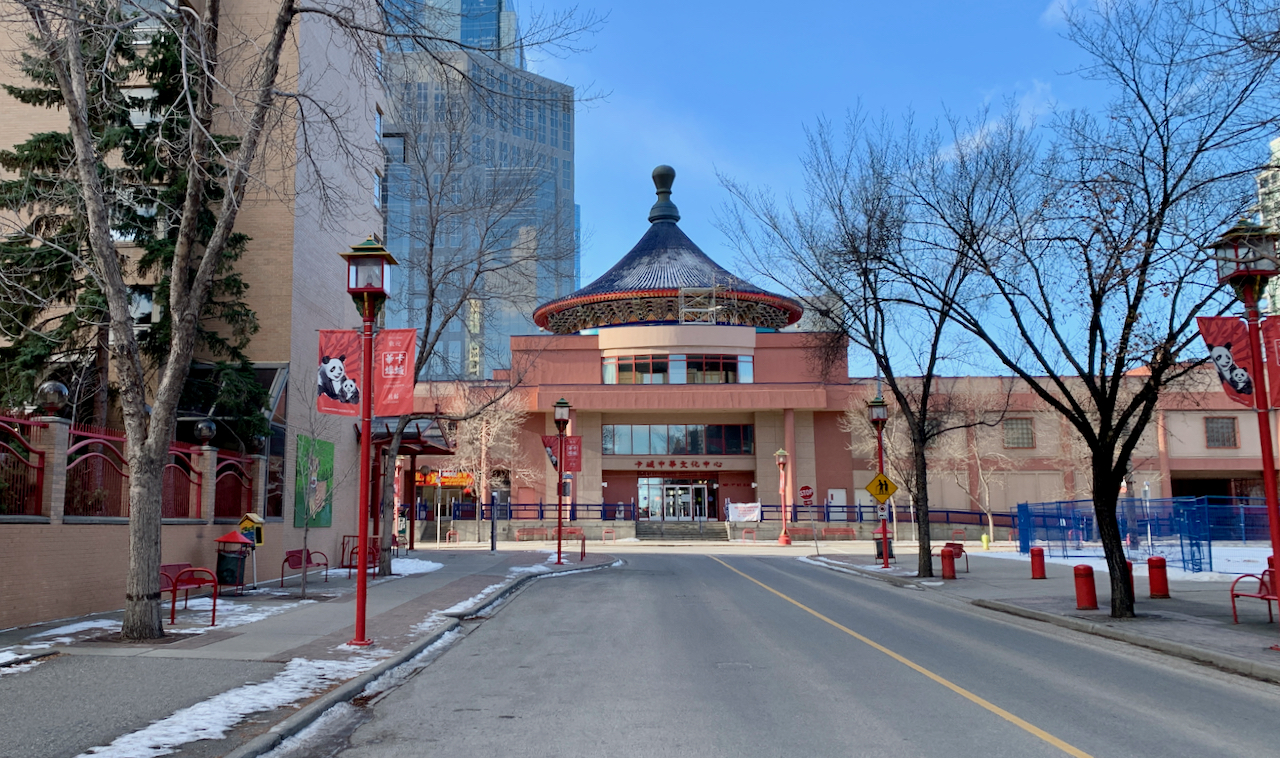 Our first Chinatown was settled as the homestead for Chinese immigrants brought to build Canada’s first transcontinental railway, the Canadian Pacific Railway. Initially established in 1883 at 8th Avenue & 2nd Street SE where the Calgary Municipal Building is today, it was relocated to 10 Avenue & 1 Street SW after the Great Calgary Fire of 1886. In 1910, the Canadian Northern Railway announced plans for a train station and a hotel at the location of the second Chinatown.

Speculation drove up land and property values, resulting in landlords selling their properties and displacing Chinese tenants for a second time. Despite racist opposition,

Chinatown moved in 1910 to its third and current location at the foot of the Centre Street Bridge. The first building occupied was the Chinese-owned Canton Block, built by Chinese business owners despite opposition by Calgary lawyer James Short and others who promoted relocation of Chinatown. This rare surviving example of the Edwardian Commercial style remains as a community historic resource. Completion of the Calgary Chinese Cultural Centre in 1992 signalled Chinatown’s revival. Despite racist discrimination over the years, Chinatown has thrived, and the Chinese community has contributed significantly to Calgary as a multi-cultural city. Its residences and businesses are enjoyed by Calgarians and visitors alike.

In 2016, the “Tomorrow’s Chinatown” project was initiated in response to redevelopment pressures. In 2022, the City, in close collaboration with the community, completed the Chinatown Cultural Plan, Calgary’s first such plan. It provides direction for investing in Chinatown’s cultural future, considering the unique experiences and amenities that the community can offer. An Area Redevelopment Plan lays out a comprehensive planning vision for sensitive redevelopment in Chinatown.

An important first step in building trust and implementing the plan was the renaming of James Short Park and Parkade to Harmony Park in November 2022.

2023, the year of the rabbit, marks the 100th anniversary of the Chinese Exclusion Act, that banned immigration of Chinese people to Canada until 1947.

Be sure to check out Heritage Park’s Gasoline Alley Museum for their new exhibit “We Were Here: Stories from Early Chinatown!” running from Jan. 14 – April 30, 2023. Learn about Chinese history on the prairies through art and imagination, discover fictional stories written by members of the Chinese community and explore two iterations of Chinatown in Calgary. 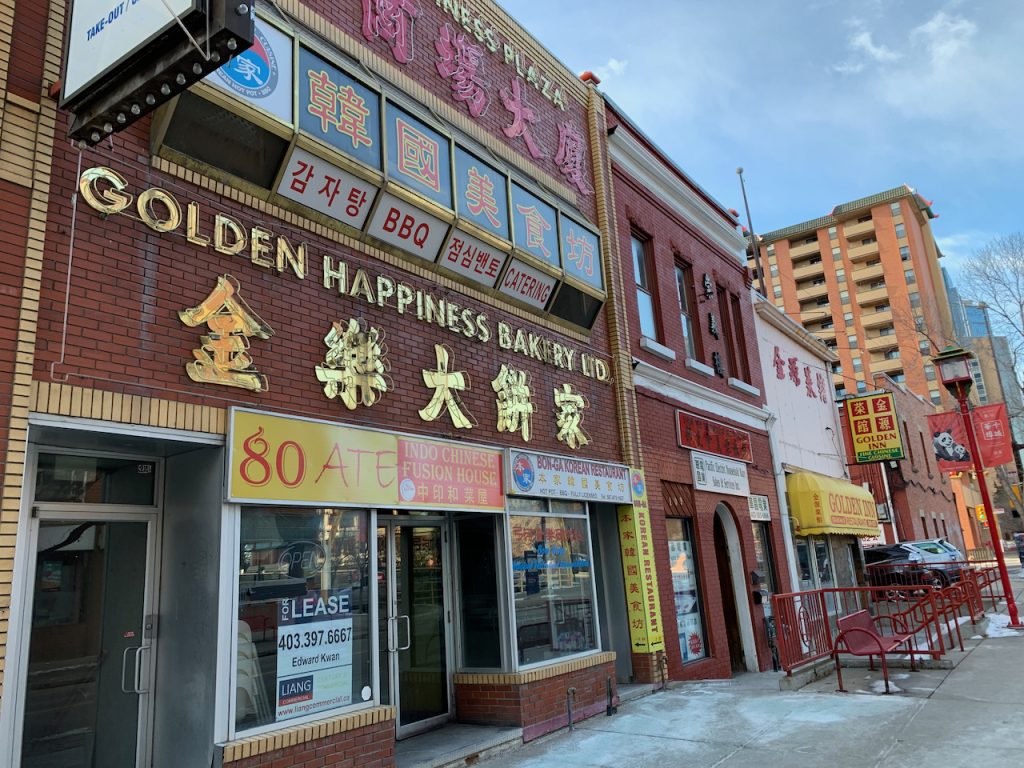