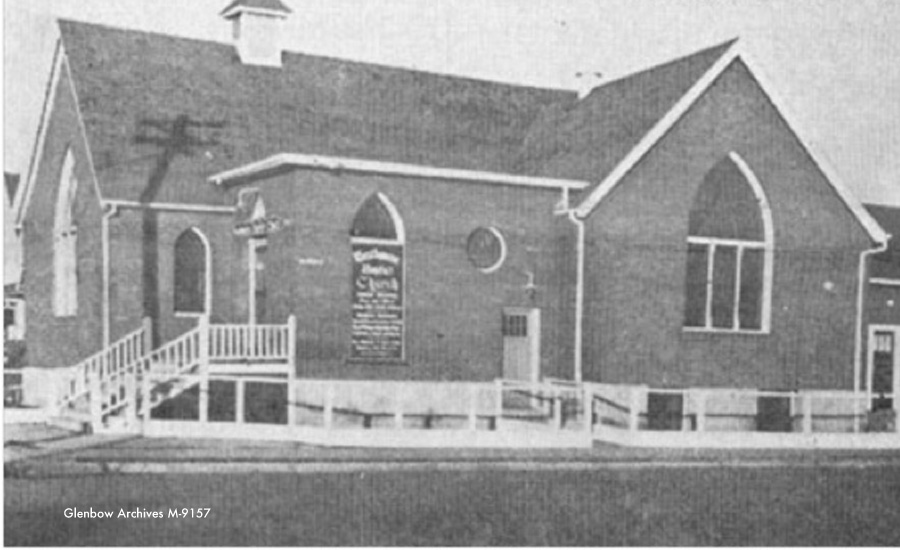 The Calgary Stampede had a prime opportunity to protect our Western Heritage …and they didn’t.

The historic Westbourne Baptist Church, in the way of “stampeding” expansion, was demolished on June 6, 2017.

It was at this church that Bible Bill (William) Aberhart's noted radio ministry, the "Back to the Bible Hour", had its beginnings. These broadcasts helped shape Alberta’s political future by establishing the Social Credit Party. He became the seventh premier of the province, serving from 1935 until his death in 1943. The “So-creds” dominated Alberta’s legislature until 1971.

Electrification brought radio to rural Alberta and changed the face of political (and religious) campaigns for ever. For the first time, folks could hear the voices of their leaders. The likes of Ernest Manning and his young son, Preston, listened in on the broadcasts. Ernest, a fellow Westbourne congregant, assumed leadership of the Social Credit Party on Aberhart’s death.

In today’s world, imagine the relevance of a small museum space in the original church, interpreting the rise of direct control of broadcast media by the religious right to advance a political agenda.

As the landowner, The Stampede could have sought legal protection for this Church, possibly even at the provincial level. Designated historic sites are eligible for restoration grants. And they could have followed through on their plan to move the church a few blocks from it current location to become a small performance space as part of the Stampede’s Youth Campus development. Instead, a few bricks and parts are all that will be incorporated in a new “replica” building – hardly the same as saving a real, honest to goodness western heritage site.

The Westbourne was established as a mission church of First Baptist in 1905 when four lots were purchased in the new Victoria Park subdivision. The now-demolished structure, built in 1910, was constructed after a grant to the First Baptist Church congregation was received from Westbourne Church in London, England. The church, named for its British counterpart, played an extremely significant role in the Baptist movement in Alberta. It was a small but strong, example of a Gothic Revival style with rounded arched windows and red brick cladding.

The Church was placed on the City’s Inventory of Evaluated Historic Resources in 1982. So for 35 years, the historic significance was known but not valued enough to protect it – sadly, somewhat typical in Calgary. The original Westbourne congregation moved to a new, larger building in 1967. Since then, the church was either vacant or occupied by other congregations, eventually falling into disrepair and further damaged by the 2013 flood. The Stampede has justified the demolition by citing mould and asbestos issues, but remediation of this type is almost a given in the practice of heritage conservation. Quite simply, where there’s a will, there’s a way.

Only three other buildings of historic merit, representing the once thriving community of Victoria Park, remain in the Stampede expansion area. The Weston (Golden West) Bakery, Oliver Residence and the Stephenson Grocery are reportedly being incorporated into the new Youth Campus with interpretative signs.  The Calgary Heritage Initiative encourages the Stampede board to legally protect these sites through the municipal designation process.