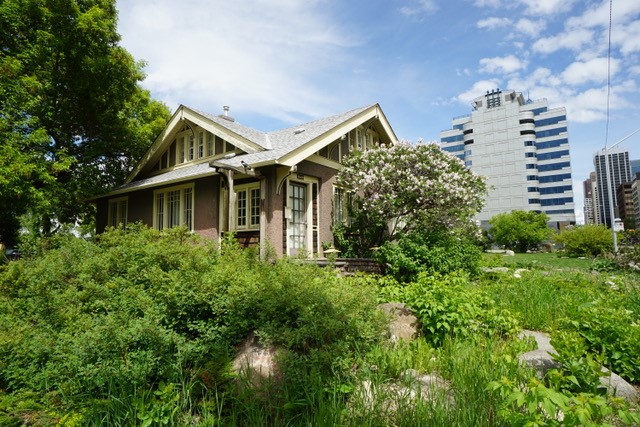 If you’ve travelled through the Downtown West End, you’ve probably noticed a charming house sitting at the corner of 5th Ave. and 10th St. SW.

This is the Arthur M. Webb Residence, built in 1925 and owned and lived in continuously by just two families until 1989. During 2001 to 2015 it housed the local business Jewels by Design. 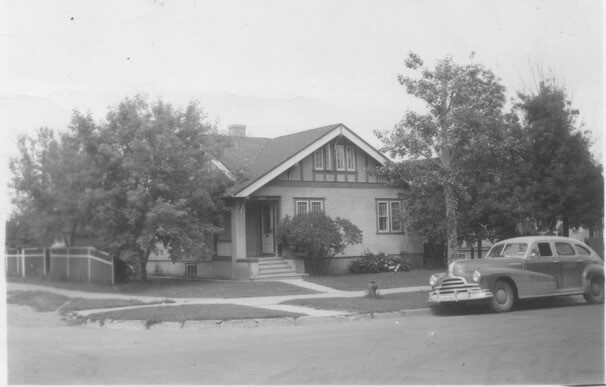 The property was recently added to the Calgary Inventory of Historic Resources, cited as significant for its place in community history, architectural style, and rarity.

The building is important to the community for several reasons:

The house anchors the neighbourhood’s new public green space, Bowforth Park, and provides a visual oasis amid an otherwise rather sterile urban environment of high-rise development.

It is a rare surviving single-family house in the community—a reminder that until the 1980s the neighbourhood was filled with such modest detached homes.

It has great potential to be put to new uses that would enhance the neighbourhood. 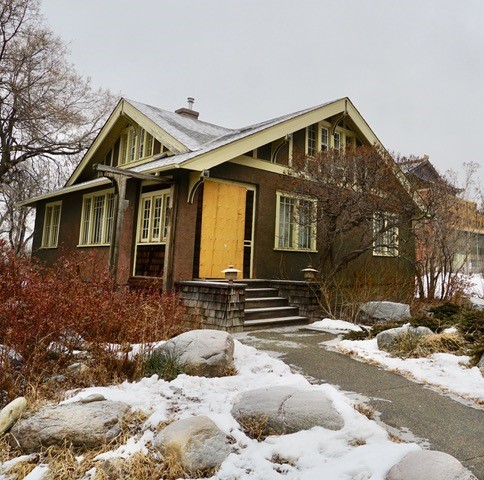 The last private owner—Llyn Strelau, who used the home as his jewelry workshop and studio—was a careful steward of the house, and left it in good condition. Mr. Strelau sold it to the City of Calgary in 2016 with the understanding that it might be used as a community amenity.

But the City has left the property vacant. Its future is now uncertain.

The Downtown West Community Association (DWCA) as well as several local residents have been communicating with the office of Ward 7 Councillor Terry Wong regarding the future of the house. Their goal is to gain his support for convincing the City to protect and re-use it, either for a City-owned community amenity or under the care of a renter or new owner.

The DWCA and the previous owner, whose contact information is still painted on the building, have both received requests from individuals and businesses interested in renting or buying the house. These have included for use as a restaurant, a coffee shop, and a dental office. It’s not hard to picture other potential uses: bakery or ice cream shop…. retail store…daycare centre…raft rental facility…art or music studio…wellness spa…non-profit offices…

Razing the house, by contrast, would be a wasteful end to a viable, well-maintained, and desirable building. It would also be heartbreaking to community members who have come to love this local landmark. Moving it out of the neighbourhood would be disappointing, as well.

Councillor Wong’s office is seeking input from citizens regarding their interest in seeing the house retained and re-used. If you support this, please send your comments to: ward7@calgary.ca