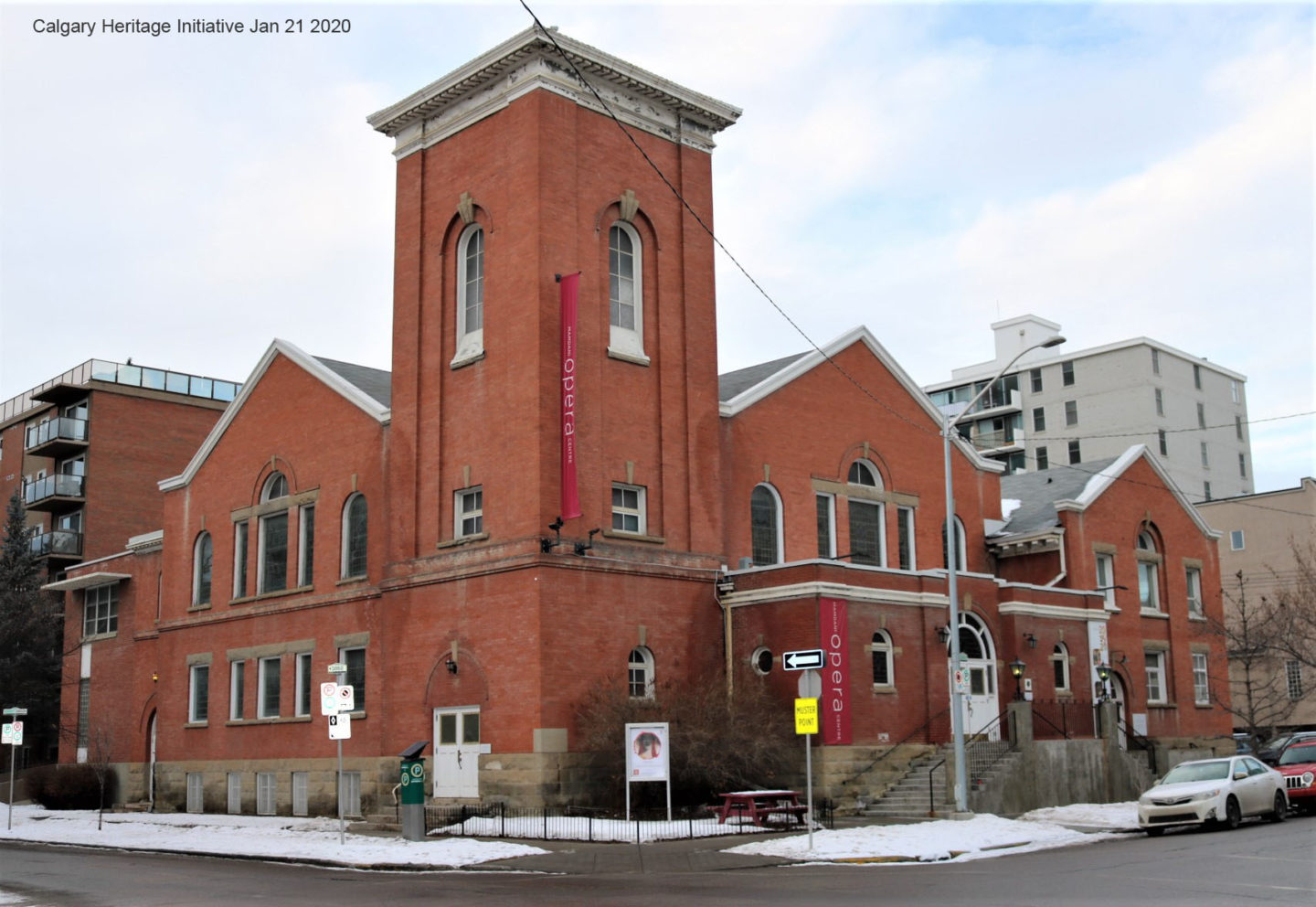 As we approach the one-year anniversary of the burning of the Enoch Sales House in Victoria Park (Feb 2, 2019) The Calgary Heritage Initiative (CHI) asks what’s in store for other unprotected but recognized heritage properties in Calgary and specifically those heritage properties in Strategic Group’s commercial portfolio. 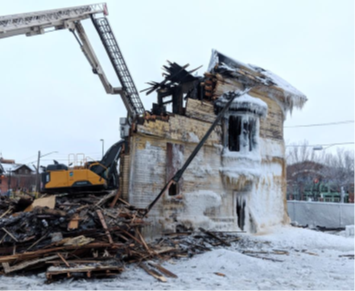 In early January, the CBC and other media reported that Alvarez & Marsal Canada Inc. had been  appointed as receiver of 58 commercial properties owned by Strategic Group.

On Dec 11, CBC  reported that “Calgary’s overall office market stands at 32 per cent vacant or available for sublease.  Strategic said in its court affidavit, a number that only stands to increase with the recent completion of Brookfield Place and the soon-to-be completed Telus Sky.”

“The situation, the company said, was compounded by increased property taxes on businesses outside the downtown core. Since the economic downturn, buildings in Calgary’s core have lost a total value of $14 billion — leaving a $250-million hole in the city’s finances, leaving thousands of businesses to pick up the financial slack.”

CHI reviewed the list of properties placed in receivership (source) and found that 3 are listed on Heritage Calgary’s Inventory of Evaluated Historic Resources as having city-wide historic significance. None of these properties are designated (protected) and therefore could be at risk.  CHI is concerned that if these properties are liquidated at “fire sale” prices through the receivership process, they may be demolished with the land held for future speculative development or suffer demolition by neglect if not occupied and maintained. 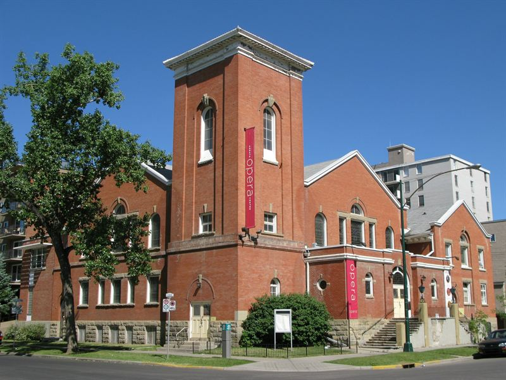 This red brick Beltline Church at 1315 7 ST SW was constructed in 1911 in the Renaissance Revival style. The plain Methodist design has “round arched windows and simplified Palladian windows. A decorated cornice tops the square corner tower. A gallery was added to the auditorium in 1930, and an addition built at the rear in 1960.”

In Dec. 2018, the CBC reported that The Calgary Opera Community Arts Centre, is raising money and has plans to move to a new complex at 12th Avenue and Fifth Street SE in 2021 as part of the Stampede expansion. 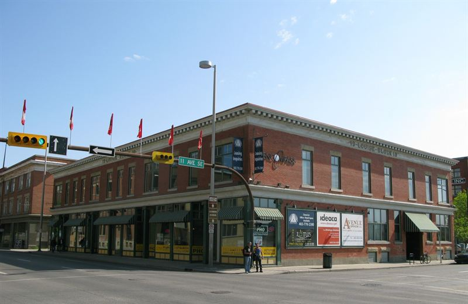 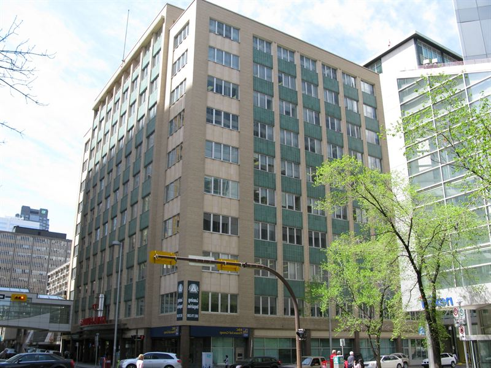 In the downtown commercial core, at 736 8 AV SW. Designed by Rule Wynn & Rule Architects and constructed in 1959.

“The building was designed in the Modern style and features; expressed structural grid with inset curtain wall glazing, arcaded front facade, and executive penthouse. The interior lobby configuration with marble cladding, clock, and, mail box remain intact. It is a modern office tower compatible with the dominant character of the block.”

A handful of other at-risk buildings, owned by Strategic Group and placed in receivership, are arguably character buildings that contribute to the heritage fabric of Calgary’s communities.  To date, none of these buildings have been evaluated by the Heritage Calgary for their historic significance. One such example is 1951 Strategic Centre 630 8 Ave SW.

One opportunity for dealing with the crisis in commercial vacancies is to convert properties to residential. The Barron Building, one of Strategic Group’s properties that has not been placed in receivership, is one such example. 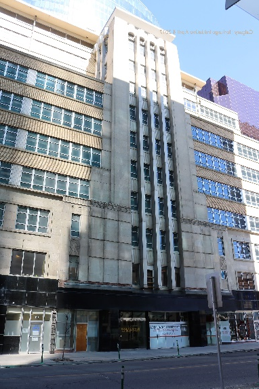 Read more about the history and plans for the Barron building here.

Chi advocates for adaptive reuse of suitable buildings and particularly conversions for public use or community benefit, like the highly successful cSpace King Edward conversion.

Since a contributor to high vacancy rates is high commercial property taxes a review of the City’s tax exemptions list (truncated below) reveals that many uses could be considered for these buildings including:

Re-purposing for public benefit represents an opportunity for Calgary to retain heritage and repurpose buildings – but also highlights the need for a trust type fund to purchase these properties for public benefit when they become available at potentially fire-sale prices.

CHI calls upon the City of Calgary to work with the receiver of Strategic Group properties to attract or retain buyers/tenants for recognized historically significant properties by offering tools and incentives, such as those proposed in the Heritage Tools and Incentives Report, scheduled to go before City Council for approval in April 2020.

Designation by the owner, or a very least, a protection agreement should be negotiated in exchange for considerations like:

Not all of Calgary’s at-risk buildings can be saved, but the social, economic and environmental benefits of repurposing heritage buildings must be weighed against the unfortunate alternatives of demolition or untended vacancies. At a time when Calgary’s economy is so weak, the need for social services is higher than ever.