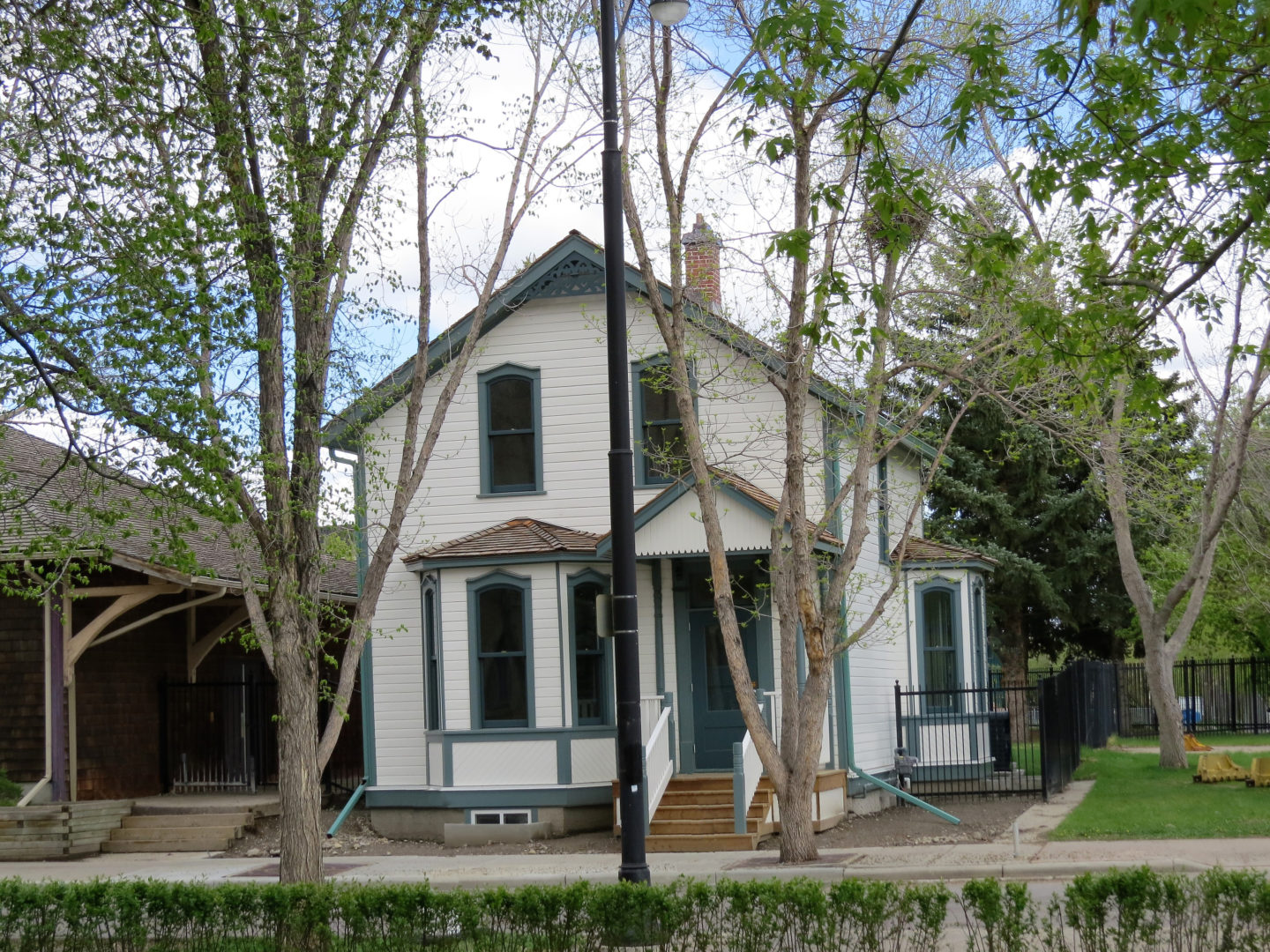 The original homesite was part of a two quarter-section block of land secured by Father Albert Lacombe and Father Hippolyte Leduc for the Oblates of Mary Immaculate in 1883. Acquired as homesteaded land, it was transferred to the Oblates who had it subdivided into lots with the intent of establishing a Roman Catholic Francophone settlement south of Calgary. The village of Rouleauville (later Mission) was named after the home’s most prominent owner, noted physician, surgeon and benefactor to the community, Dr. Édouard-Hector Rouleau, along with his brother, Judge Charles-Borromée Rouleau.

The charming home featured a simple gable-fronted structure and had a kitchen at the rear. The tall bay windows, ornamental fretwork in the gable, and narrow-segmentally arched windows reflect the Italianate and Second Empire architectural styles, which were popular in central Canada at the time. The Glenbow’s historic photo was published in the book “Picturesque Calgary” in 1900 (p. 133). 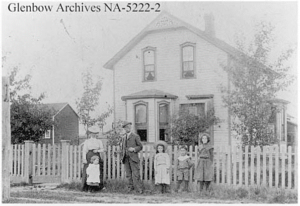 Edouard Rouleau and his family, 1890s

The home was constructed for businessman Edwin R. Rogers on Lot 27 which later became the La Chaumiere Restaurant parking lot. It was sold it to Édouard in 1887, who, a year later, had the home moved two lots over to 114 St. Joseph’s St (now 18th Ave SW) and extended. In 1905 it was sold to the McHugh family. The home functioned as a private residence, and at times a boarding house. It survived a fire in 1950, then was slated for demolition in 2003.

“Countless letters poured in to city hall from concerned community members as soon as the news of the application for the house’s demolition broke out into the public in 2003. In addition, articles on the house and its history became common as the dispute on its preservation grew bigger. The ‘Les Amis de Maison Rouleau’ or ‘Friends of the Rouleau House’ was quickly formed and urged more citizen involvement on the issue. With the help of the Calgary Civic Trust, requirements were met and the relocation of the house was approved and supported by the city in March of 2005. City documents deemed the Rouleau house on the “A” List of the City of Calgary Inventory of Potential Historic Sites and merits preservation and designation as a Municipal Historic Resource.” (Source: rouleauhousecalgary.synthasite.com) 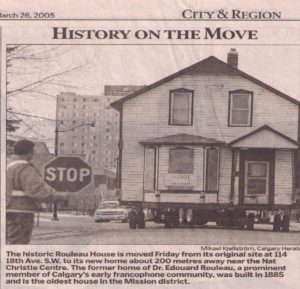 The City moved the house again (in 2005) onto a new foundation at its current location adjacent to St Mary’s Parish Hall and the historic CNR railway station, now home to Alberta Ballet. The rear kitchen was removed. It sat empty and boarded up until restoration began in the spring of 2019 on the heels of the Enoch Sales fire in nearby Victoria Park. The CBC (Feb 12, 2019) reported that the $1.45 million restoration included replacing the siding, the roof, electrical and mechanical systems. 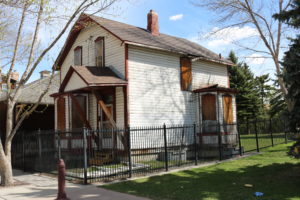 Rouleau House before Restoration May 2017 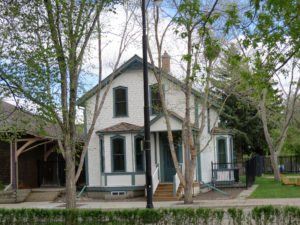 While a new tenant has not been formally announced, according to City documents, Rouleau House is situated on property included in the Alberta Ballet lease agreement, that expires in 2035. Alberta Ballet previously commissioned a feasibility study to determine if the site was suitable for their future growth plans. (Source: City of Calgary LAS2014-25 ATTACHMENT 5 Historic Buildings Snapshot).

Heritage Calgary relayed that Rouleau House may be brought forward to City Council for municipal designation this fall.

Post script: The management of City owned Heritage Assets falls under the Heritage Planning team within the Planning department. This team follows the Calgary Heritage Strategy that supports the identification, protection and management of Calgary’s historic resources with Heritage Calgary as an advising civic partner. As Rouleau House is a city owned property, it falls under the Corporate Properties department of the City of Calgary. The Heritage Portfolio Program Manager was instrumental in preserving this structure and his work is greatly appreciated. The City must balance very limited budgets for stabilization and restoration against other priorities. Citizen support for public heritage preservation funding at all levels of government, including participation in, and contributions to, dedicated “friends” groups is necessary to sustain investment in heritage preservation. The well-planned adaptive reuse of structures like Rouleau House also generates a future income stream to help maintain the property.